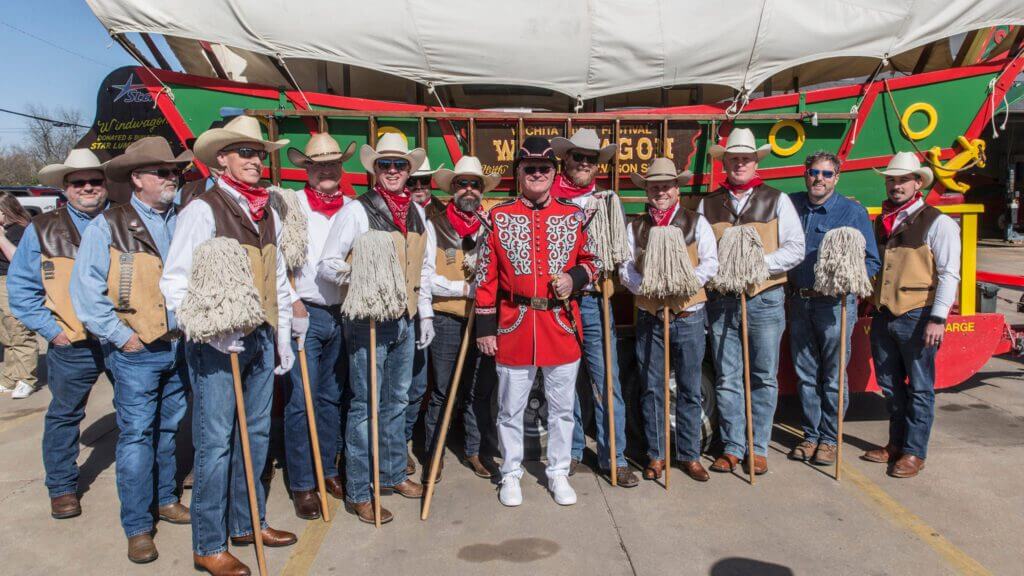 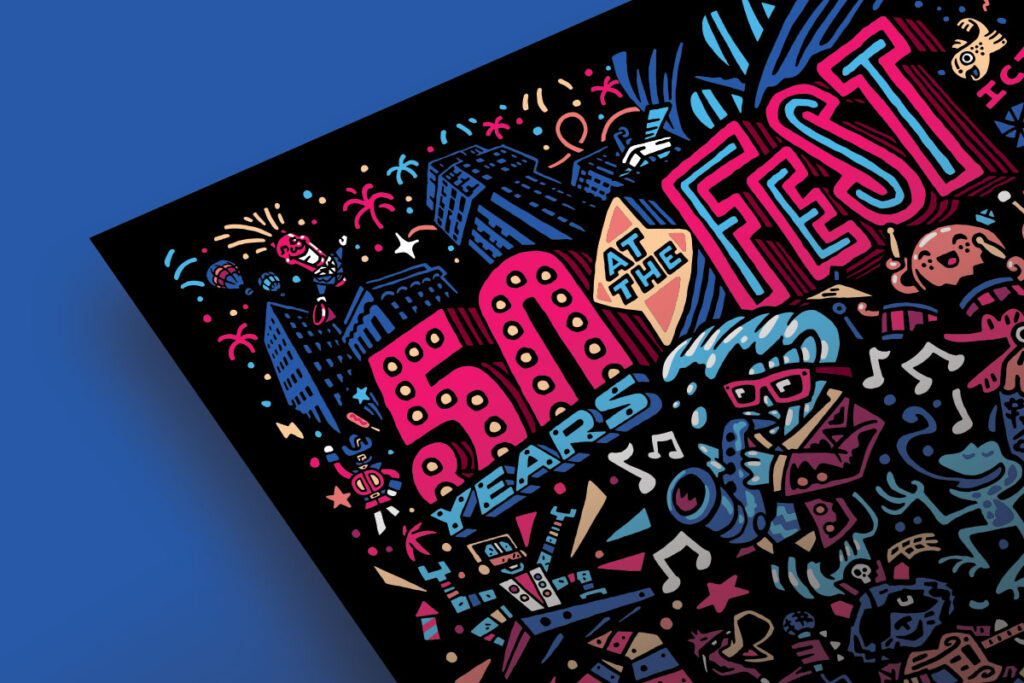 Regardless of what it’s been called over the last 50 years—Wichitennial River Festival, Wichita River Festival, or simply Riverfest—the festival has always been about bringing people together.

From the beginning, as part of the City’s Centennial celebration in 1970, the goal was to bring the entire community together, to build community pride and focus on Wichita’s beautiful natural resource, the Arkansas River.

Following the incorporation of Wichita Festivals, Inc. in 1971, board members selected May 27, 1972, to hold the Wichitennial River Festival and Traders Day. Activities and events included a bathtub race, maypole winding, canoe races, carnival, art show, antique auto parade and race, waterski show, bike races, an Indian Pow-Wow and the Moonlight River Parade. In order to keep the events affordable for families, organizers decided to create a button and sell them to the public to help underwrite the festival. Approximately 2,000 buttons were sold at $1 each.

The intent to make the festival an annual event was confirmed by organizers in 1973 and the month of May identified as the timeframe. The need to find on-going funding for the event meant building a financial base from local corporations. The Coleman Company, KG&E, The Gas Service Company and several banks became early corporate supporters.

Nineteen seventy-four was an important year for the festival. A group of community leaders developed the idea of establishing a support organization for the festival made up of young business leaders. The group was named the “Wichita Wagonmasters.” The idea of creating a central theme and symbolic leader for the festival came from examining other successful festivals around the country. A little-known Disney cartoon film of a legendary Admiral sailing his windwagon across the prairie led to the creation of Admiral Windwagon Smith.

This same year the Festival was extended to 10 days and featured the Sundown Parade, the Twilight Pops Concert, with the Wichita Symphony playing the 1812 Overture by Tchaikovksy, and fireworks. The Legend of Windwagon Smith was presented at Cowtown and the Wichita Eagle-Beacon Windwagon Medallion Hunt began with clues published daily in the newspaper.

Creation of the Prairie Schooner Mates came about in 1976 with a group of high school girls selected to accompany the Admiral on public relations visits. One young woman from each Wichita area high school was selected to participate. The festival officially became the Wichita River Festival in 1979.

Early leaders established the traditions and event know-how to make the Wichita River Festival work. As the 1980’s began, growth led to the need for greater financial stability, community credibility, legal contracts and fund-raising capabilities. The concept of community “ownership” was developed to sell buttons with the theme “It Belongs to You.”

The festival was also receiving local, regional and national media attention. Live broadcasts of three festival events took place, the Sundown Parade, River Run and Twilight Pops Concert. According to research, 50+% of the people living in Sedgwick County attended at least one day of the festival and the economic impact was estimated to be $14 million.

In 1990, organizers decided to increase the price of the button to $2 and saw no adverse reaction in sales. The poster artwork competition continued to be successful, creating one of the most notable caricatures “Ray Wave.” Changes in how and where alcohol could be consumed were made in the 90’s and special awards honoring volunteers were established. Corporate sponsors continued to grow in number along with the number of events. In 1996, there was a record 94 events held during the festival. Old favorites came and went and new events emerged. By the end of the 90’s concerts had been moved to south Riverside Park and a new location for the festival food court had been established.

As the festival moved into the new century, success continued with large crowds and a significant economic impact. In response to the tragedy of September 11th, a moment of silence, lit by candles along the river bank, was held the final Saturday evening of the 2002 festival and the Bank of America River Run featured red, white and blue shirts worn by runners to form a United States flag.

After a difficult 2002, events moved back to the core area of downtown with the west bank stage and Kennedy Plaza becoming the focal points for concerts. The quality of the water in the Arkansas River became an issue as City officials began more closely monitoring the levels of bacteria. Stinky the Fish became a well-known icon from the 2004 poster, appearing everywhere in the media and on TV. Good weather and record crowds were enjoyed that year. The poster artwork competition ended in 2005 due to a lack of interest by local graphic designers and the design for the poster was created by several local advertising agencies through the year 2010.

Music continues to play a major role in the festival with several popular artists entertaining festival crowds including Daughtry, Nick Lachey, Huey Lewis and Kansas.  With declining participation and a lack of enthusiasm by festival attendees, the antique bathtub races came to a conclusion in 2008.  An entryway to the festival food court at Century II was created in 2001 and erected every year to enhance the visual image of the festival.

Riverfest continues to be what the original founders had intended, a mechanism to build community pride, to bring people together and to focus attention on our great natural resource the Arkansas River. They would be proud to know what they initiated 50 years ago is still going strong today!

Looking for souvenir buttons from years past?

While buttons from some years are sold out, we do have a limited supply of buttons available from past festivals.

About WFI Behind the scenes. 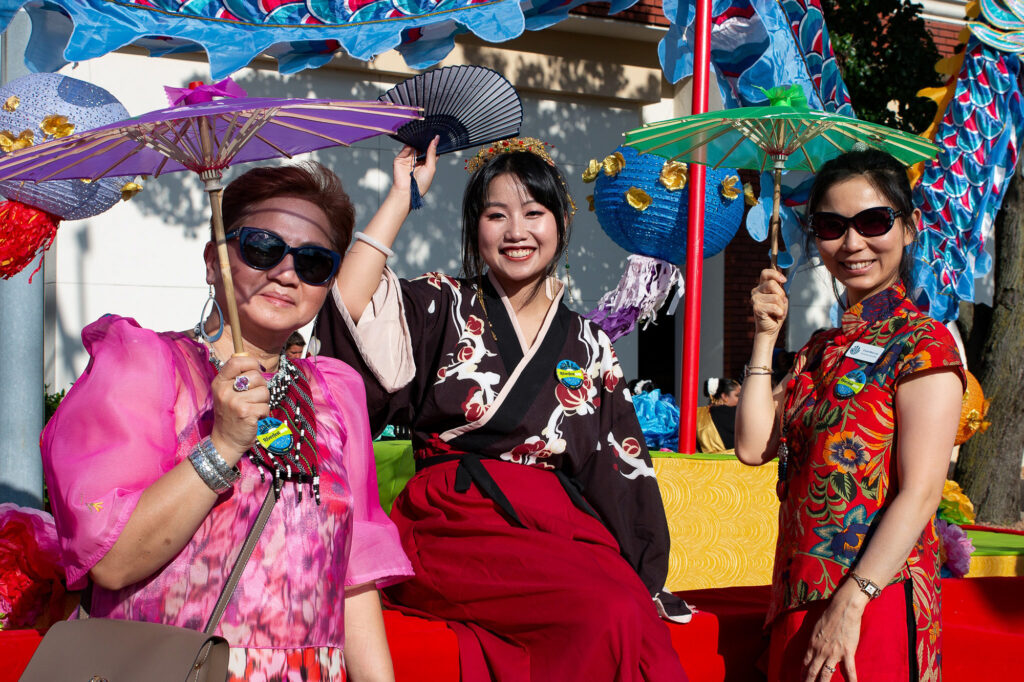 Mission & Values Why we do what we do. 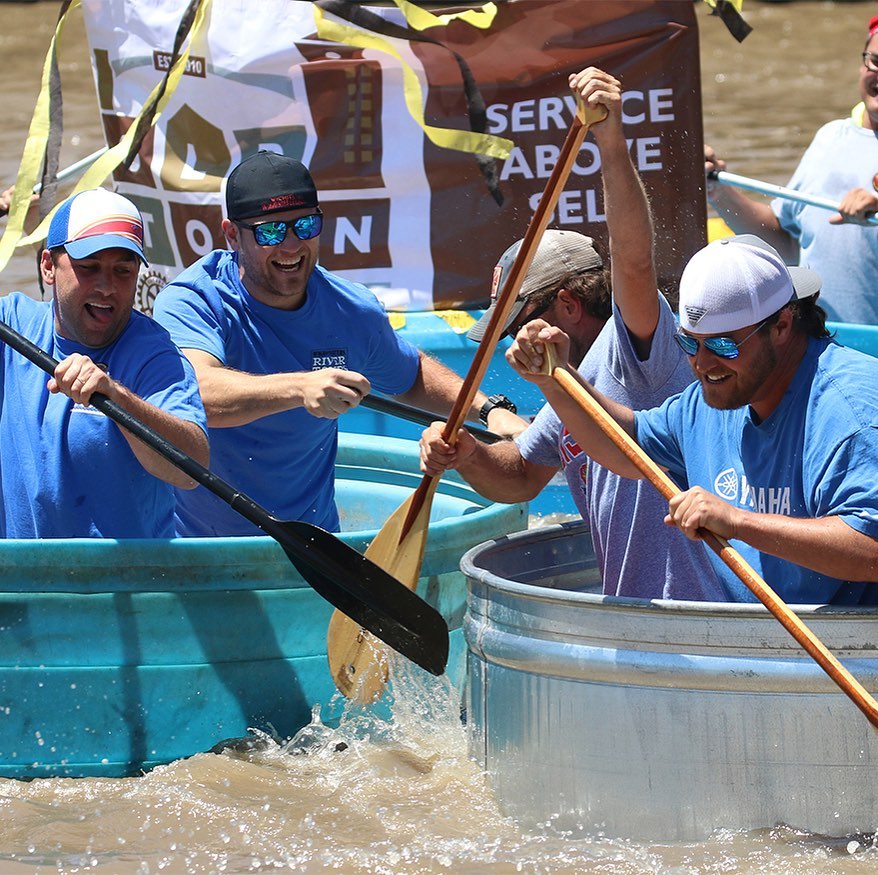 Leadership Meet our staff and board of directors.