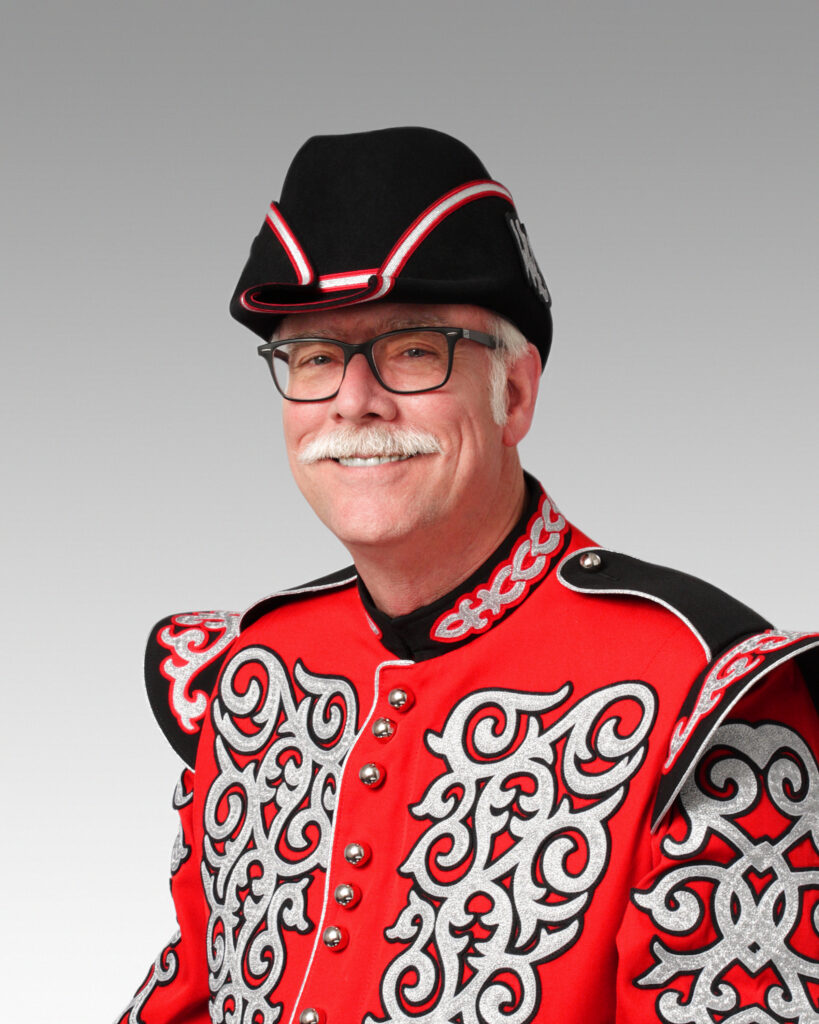 Admiral Bastian is the first Windwagon Smith in the history of Riverfest to serve two terms. He was originally selected for the honor in 2020 and piped aboard just a few weeks before the COVID-19 pandemic forced Riverfest to be presented as a virtual event, instead of an in-person one. Bastian has graciously agreed to serve again in 2021 so his adoring public will have a chance to meet and celebrate with him at last!

A Wichita native, Clay Bastian was born in 1957 at Wesley Hospital, the youngest of three siblings.

As he studied to graduate with the Wichita Collegiate School Class of 1975, he side-stepped traditional sports whenever possible in spite of his impressive height, instead becoming immersed in dirt bike riding and motocross racing. This passion has taken him throughout the U.S. and to four other continents, coloring his viewpoint for life: “Seeing other lands on two wheels and meeting the people who live there has broadened my perspective of the world and our place in it,” Bastian said. “It makes me cherish our city, and it gives great value to all we have here.”

As he pursued a degree in business administration at the University of Kansas, Bastian also expanded his knowledge of jazz music that was fostered by his parents. He took all the jazz history classes available and began learning to play the saxophone. After graduation in 1979 he returned to Wichita to join his family’s business, now called Fidelity Bank, and was the company’s first marketing manager. During that time, he joined the Wichita Jazz Festival board and served as its
president in 1983 and 1984. During that time he met Kate Simpson and they married in 1987. The couple has two children, Peter and Meredith.

Admiral Bastian pursued his onstage dreams as sax player for a rock band called The Fabulous ShiRtheads, Dance, Show, and Revue. The band played road houses, dive bars and even the Wichita River Festival, as it was then known, in 1989 and 1991. In the early 2000’s he put down his horn, but continues to be a passionate music collector.

Bastian’s involvement with Riverfest covers a lot of ground. As a sponsor, he was instrumental in the organization of the Riverbank Jazz concerts presented by Fidelity Bank from 1991 to 1995. He joined the Wichita Festivals, Inc. Board of Directors in 2008, and served as board chair in 2011. Bastian became a member of the Operations Committee, fondly known as the Red Shirts, in 2012 and continues to serve on many Riverfest committees, including Riverfest Classic Car Show, Signage, Sundown Parade, Marketplace, and STEAM City. “This has been the most meaningful and rewarding community work I have done with a great family of dedicated volunteers,” Bastian said.

Deeply invested in the growth of Wichita and the well-being of its citizens, Bastian is dedicated to a number of civic and social service organizations. He has been a member of the Rotary Club of Wichita since 1985 and served as the club’s president in 2015. The Salvation Army of Wichita “with their mission of evangelism and helping others,” captured his heart and he joined their board of directors in the mid 1990s. He served as their advisory board chair in 2007, and was presented with their William Boothe Award for service in 2013. “Every day they are helping those who are in crisis,” he said. He formerly served on the board of directors of The Wichita Downtown Development Corporation, now known as Downtown Wichita, and as its chair in 2003 and 2004.

At the end of 2018, Bastian retired from Fidelity where he worked in marketing, real estate, tax management, capital markets financing, and regulatory liaisons for 38 years.

“When I was young, my family was close to John Bell and his family,” Bastian said. “He was always someone I looked up to. Never in my wildest dreams did I think I would ever be selected to follow in his footsteps, or in the footsteps of any of the other 45 Admirals who succeeded him. Considering all the men and women who have received this honor, I feel profoundly humbled to carry on this tradition.”

Admiral XVLII at a Glance
* Born and raised in Wichita. Graduated from Wichita Collegiate School in 1975.
* Earned a Bachelor’s degree in Business Administration at the University of Kansas.
* The Admiral and his wife, Kate, celebrated their 33rd wedding anniversary this year. They have a son, Peter, and a daughter, Meredith.
* An avid music collector, he is a fan of jazz and many other genres of music.
* He has traveled by motorcycle in four continents.
* Since his first involvement in 1985, he has served Wichita Festivals as a sponsor, member and chair of the WFI Board of Directors, and Operations Team member.
* He is dedicated to community service, including involvement with Wichita Rotary, the Salvation Army of Wichita, and Wichita Downtown Development Corporation, among others.
* Admiral Bastian describes himself as a “motorhead and enthusiast of all powered vehicles. I also have a number of motorbikes that I usually say is between three and seven, but two over my limit,” he said.